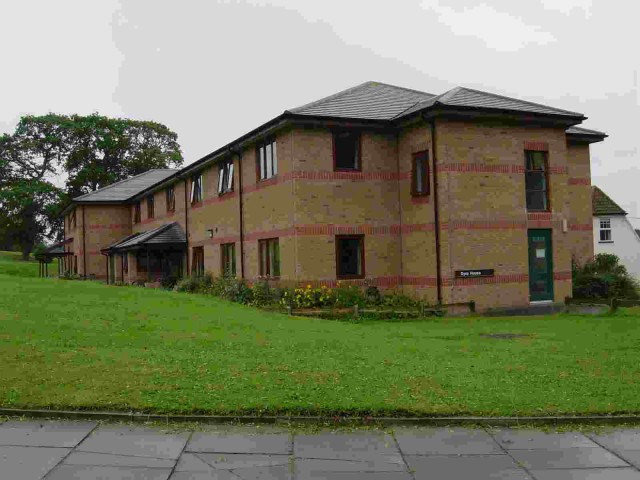 The picture on the right, is on the Carlton Clinic site. What little remains of the Garlands Hospital buildings are now incorporated into a housing estate.

This is an extract from J Pitt "the first 10 years of Garlands". Building began in 1838, and on 2nd January, 1862, the institution was opened with accommodation for 200 inmates.The cost of the original building was £33.

All the beds and. pillows are of horse-hair. There are four blankets to each bed. The bedsteads are made iron and very safe. A sufficient number of chairs, sofas, and benches with backs are placed, in the day rooms.

We think that the cheerfulness of the rooms might be sartorial increased, by papering the walls, and. putting valances over the windows. 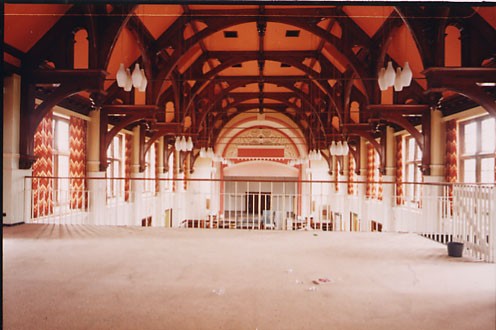 This picture shows the grand design of the interior.

Some complaints were made to us by several of the patients as to the diet, especially with reference to the non-allowance of bread at dinner, of butter at breakfast and tea, and of beer. An improved diet table has, however, been submitted. 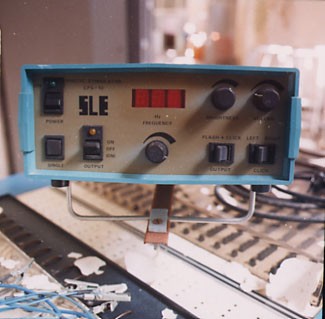 The picture was taken after Garlands closed. It shows the ECT machine.

The most common mental disorders were idiopathic insanity (the term schizophrenia was not introduced by Bleuler until 1911), and general paralytic insanity. Epilepsy, puerperal and climacteric insanity, and senile dementia also took a high toll. 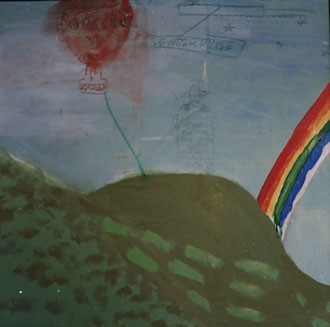 This picture was typical in the later years of Garlands. Where patients spent the day time, walls murals were drawn.

Recreation included cricket or quoits in the summer evenings, croquet for women.Indoors, bagatelle, dominoes and draughts; the Carlisle Journal was delivered to each ward A weekly dance in the hall to the lively companioned of reels and jigs played by an attendant on the fiddle. Special entertainments outsiders was introduced, a ventriloquist or peripatetic juggler. 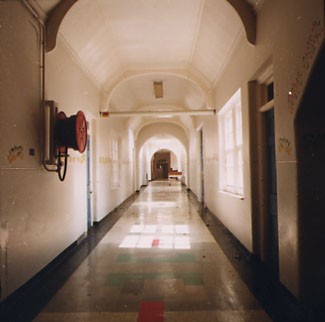 This picture will be familiar to retired nurses who worked at Garlands. Very long corridors, with doors opening on either side. A special key was need to enter some wards.

Seclusion of patients in side rooms, sometimes upholstered, had to be applied fairly frequently, particularly so to women. The Commissioners in Lunacy were insistent in seeing that all such measures were scrupulously recorded.The same procedure applied to restraint by a straight waistcoat or *polka* as it was called, a measure only resorted to for surgical reasons or when a patient was actively suicidal. For one poor wretch the polka was the only night attire he wore for over six months'. 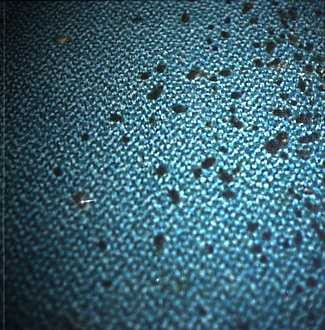 This picture was taken after Garlands closed. Those black marks on the blue carpet, are cigarette burns.

Smoking for many patients was a lifeline. A mark of a long stay psychiatric environment are the heavy and continual use of cigarettes. It was the patient's medication of choice.

On the wards, life could be boring. Smoking relieved that boredom. Like finding a fossil in the ground revealing past life, so can the carpets of psychiatric hospitals. 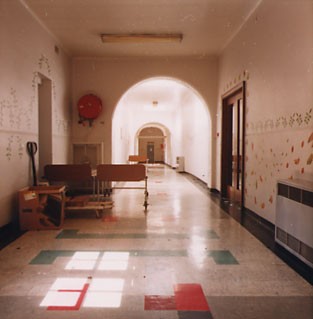 This is another picture taken after Garlands closed. A big difference from the cigarette stained ward carpet ?

What the public saw was different. The grand entrance, then to meeting rooms and offices. You want to think of Garlands like an iceberg. The top you see above the water and below the hidden area. The bottom of the iceberg is where the more disturbed and distressed individuals were cared for. 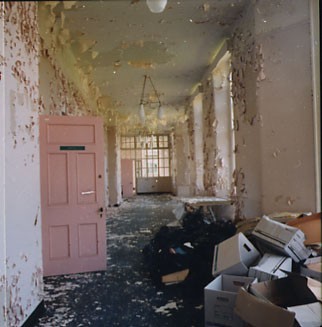 This picture show how the interior of the hospital was as the building emptied and patients were gradually discharged into various places in Carlisle and beyond.

The following has been taken from the IRG report "Garlands Hospital Site Visit" 1998.

Garlands Hospital Is a Victorian Asylum which has experienced considerable bed reduction. Numbers had been reduced from 585 In 1987 to 152 in 1998. The actual resettlement programme has finished and the present number consists of a mixture of acute and psycho-geriatric beds, continuing care places for the elderly and younger people, and low secure and behavioural places. 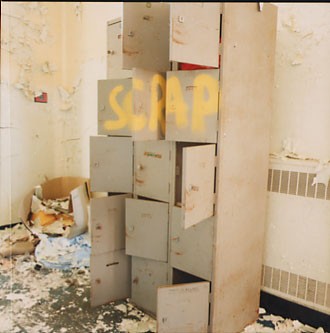 Here is another picture taken after Garlands was closed. I wonder who drew the words scrap ?

The Victorian building is largely empty and the retraction programme is to be completed in March 1999. A deal was agreed with local developers which meant a sale of land in return for new on-site developments. Most of the Garlands re-provision programme is on site. A new acute unit is being built offering 33 beds. The new elderly admission unit will be the refurbished existing acute adult ward. The existing enduring mentally ill unit (Ward 11 houses 24 people) will move to new accommodation on the hospital site. 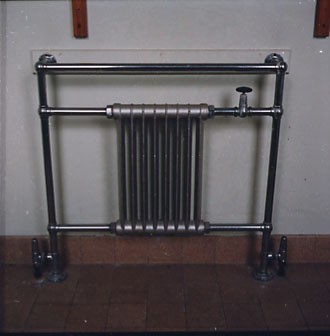 This last picture looks insignificant. A rather heavily built hot water radiator at Garlands. Garlands like all other asylums had built a massive heating system. Everywhere patients, slept, ate and lived their life, the air was hot. One reason was it kept patients calm and quiet. Do you slow down and take it easy when the weather is hot ?