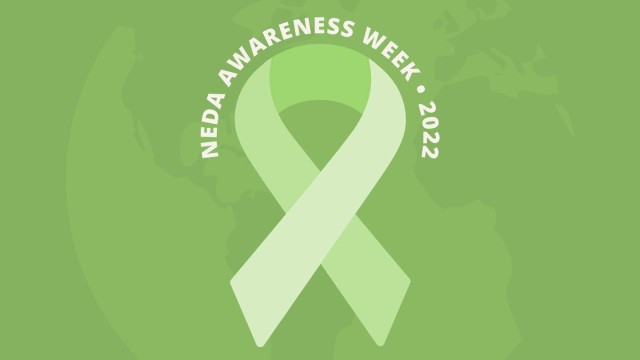 Eating disorders affect 1 in 50 people in the UK.

Recovery is possible, but we rely on our GPs to spot early warning signs that may have nothing to do with a person's weight or appearance. Their role is crucial and their responsibility is huge.

The average GP receives less than 2 hours of training on eating disorders throughout their entire medical degree.

This means that so often, people with eating disorders don't get the help they need because GPs just don't have the right training to diagnose them. 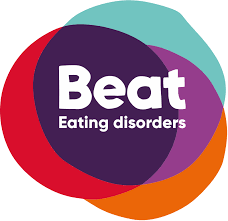 The Beat charity are fighting for better access to treatment for people with eating disorders. They have developed clear and comprehensive courses for medical students, which some schools have started to teach. The aim is to provide G.P.s with the proper training so that they can match the seriousness of these conditions and give people with eating disorders the best possible care.

For more information: follow the campaign on social media using the hashtag #EDAW2022

Every body is different. We all have different genetic and cultural traits. Even if everyone started eating the same things and did the same amount of exercise for a whole year, we would not all look the same at the end of the year. This is because each person's genetic inheritance influences their bone structure, body size, shape, and weight differently.

Do you use social media sites connecting with friends, browsing through photos or commenting on things that strike a chord with us ?It is fun way to pass the time, but one of the downsides is how open it is to body shaming.

"Love the skin you're in" but commenting on another person's appearance is all too common. You may have seen in magazines in which people are actively encouraged to judge whether they think someone looks good or bad in what they're wearing.

Have you been tempted ? 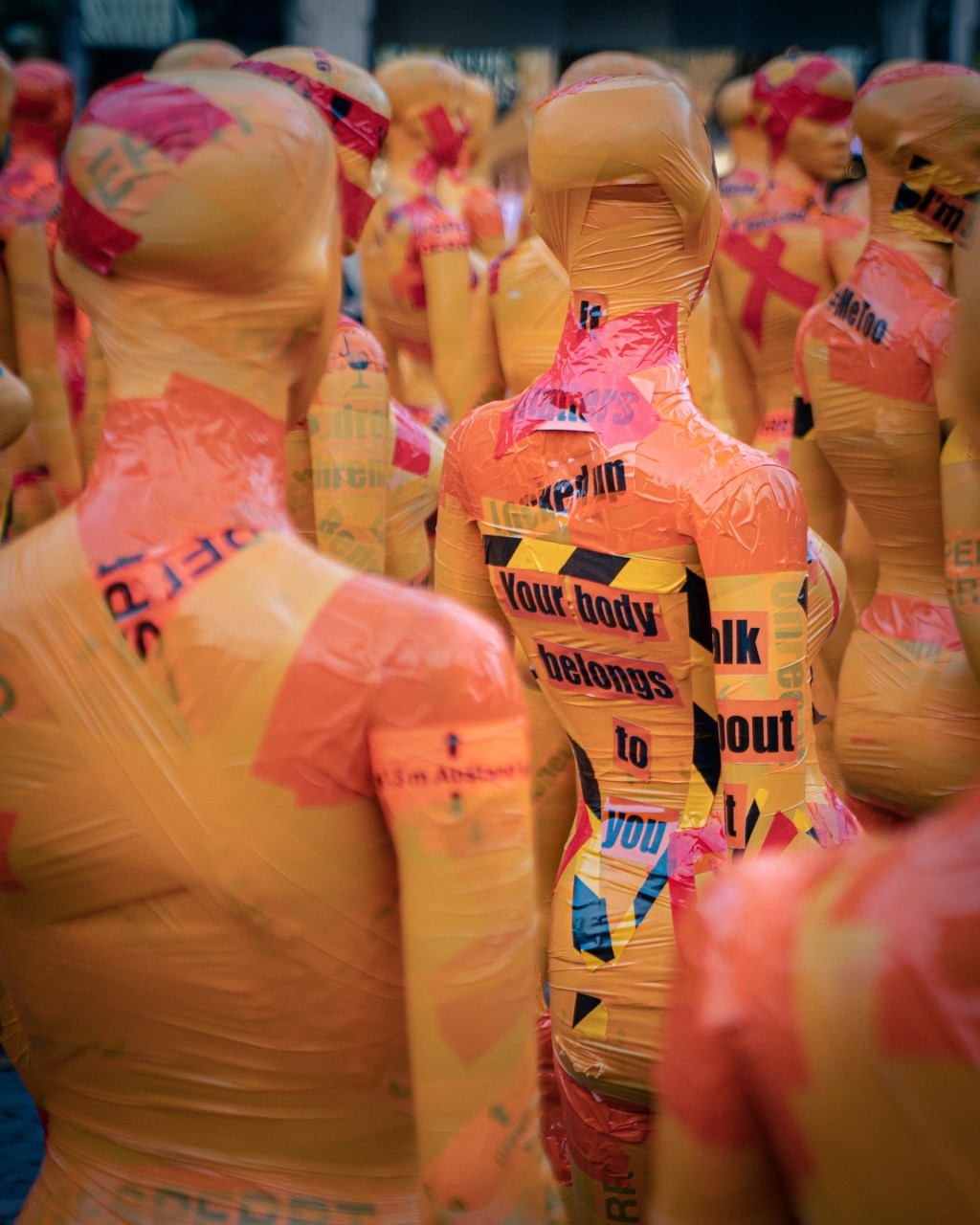 Photo by Mika Baumeister on Unsplash

What is body shaming?

Body shaming is defined as the act of making inappropriate and negative comments about another person's weight or size. Frequently, this is something that "overweight" people are subjected to but there's an increasing trend in criticising those who look 'too skinny'. It's in magazines, newspapers, television shows, movies, conversations between friends, on the Internet and social media sites. Comments can be nasty and sometimes used in poor-taste comedy. 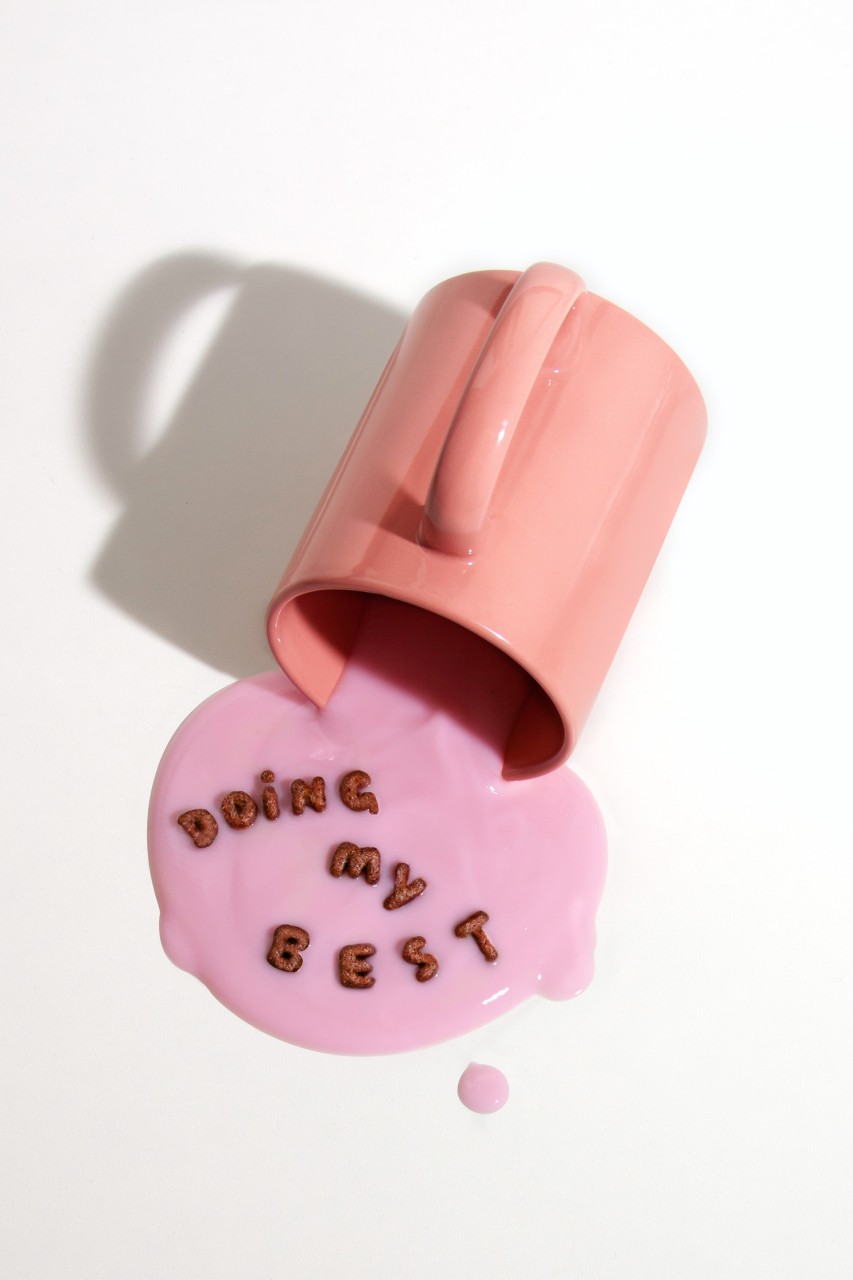 Photo by Estúdio Bloom on Unsplash

Have you heard of the body positive movement ?

Body positivity is a movement to accept all bodies no matter what type, shape or size. It promotes seeing different bodies on things like social media to encourage us to accept our body and the way we look.

Body Positivity begins with the Fat Rights Movement In 1969, Bill Fabrey was very angry about the way the world was treating his "fat" wife, Joyce. He gathered a small group of people and created the National Association to Aid Fat Americans. On the other side of the U.S. a group of California feminists formed the Fat Underground. What NAAFA called Fat Acceptance, they called Fat Liberation. By 1973 they had released their ground-breaking Fat Manifesto. It demanded "equal rights for fat people in all areas of life."

The fat rights movement continued to grow. By the 1980s, enthusiasm for fat liberation was beginning to spread further across the globe. The London Fat Women's Group was formed in the mid-80's and was active for years. People weren't using the term Body Positivity in the '70s, '80s and '90s, but fat activists could be spotted on daytime talk shows and in other media, arguing that the diet industry was a scam.

In the early 2000's, the internet was one of the main places where body shame and body love were spread. As '90s message boards and chat rooms gave way to social media, fat people who had first found community in activism continued to build that digitally. Hashtags and Facebook groups helped people connect in new ways. A new generation was spreading vibes known as Body Positivity.

Many of the most popular Body Positivity role models only have "imperfect" bodies when they take off their clothes and draw arrows pointing to their imperfections. Visibly fat influencers - those who are undeniably fat no matter what they're wearing - also have their own followings, but they deal with more harassment, more account bans, and more pushback for "glorifying obesity."

Body Positivity gets big... then forgets where it came from? 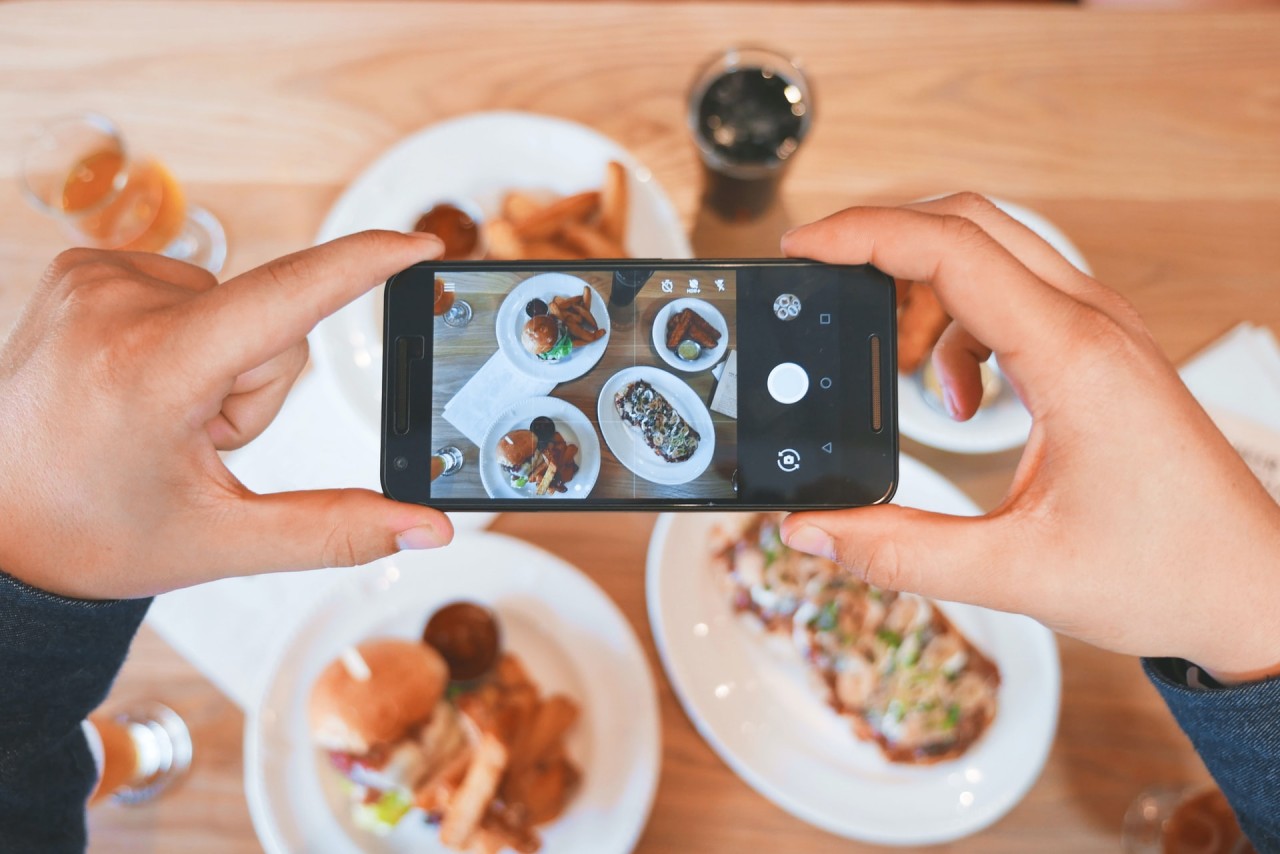 Photo by Eaters Collective on Unsplash

The UK's Royal Society for Public Health surveyed 1,500 teens and young adults about their social media habits. They found that Instagram and other social networks are associated with high levels of anxiety, depression, bullying and a "fear of missing out (FOMO)." They can also foster a negative body image and poor sleep habits. It's easy for teens to compare themselves to others. With the click of a mouse or swipe of the screen, they have access to a whole world of friends and strangers alike. However, what they see is frequently not a reflection of real life.

"Physical comparison is a big issue with social media,"

https://www.cosmeticsurgerysolicitors.co.uk  rounded up some of the very best body-positive instagram accounts in the UK. Here are three : 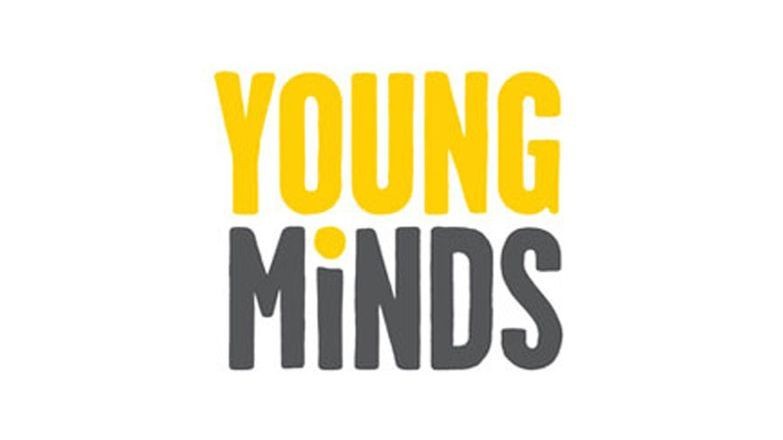 Body image is how we think and feel about ourselves physically, and how we believe others see us. Click the link below:

Young Mind explain that when we talk about body image, there are lots of ways we can think about our body and the way we look. You might find that there are times when you like your body, or parts of your body, and times when you struggle with how you look. Body image is not just about our weight, it can also be things like: 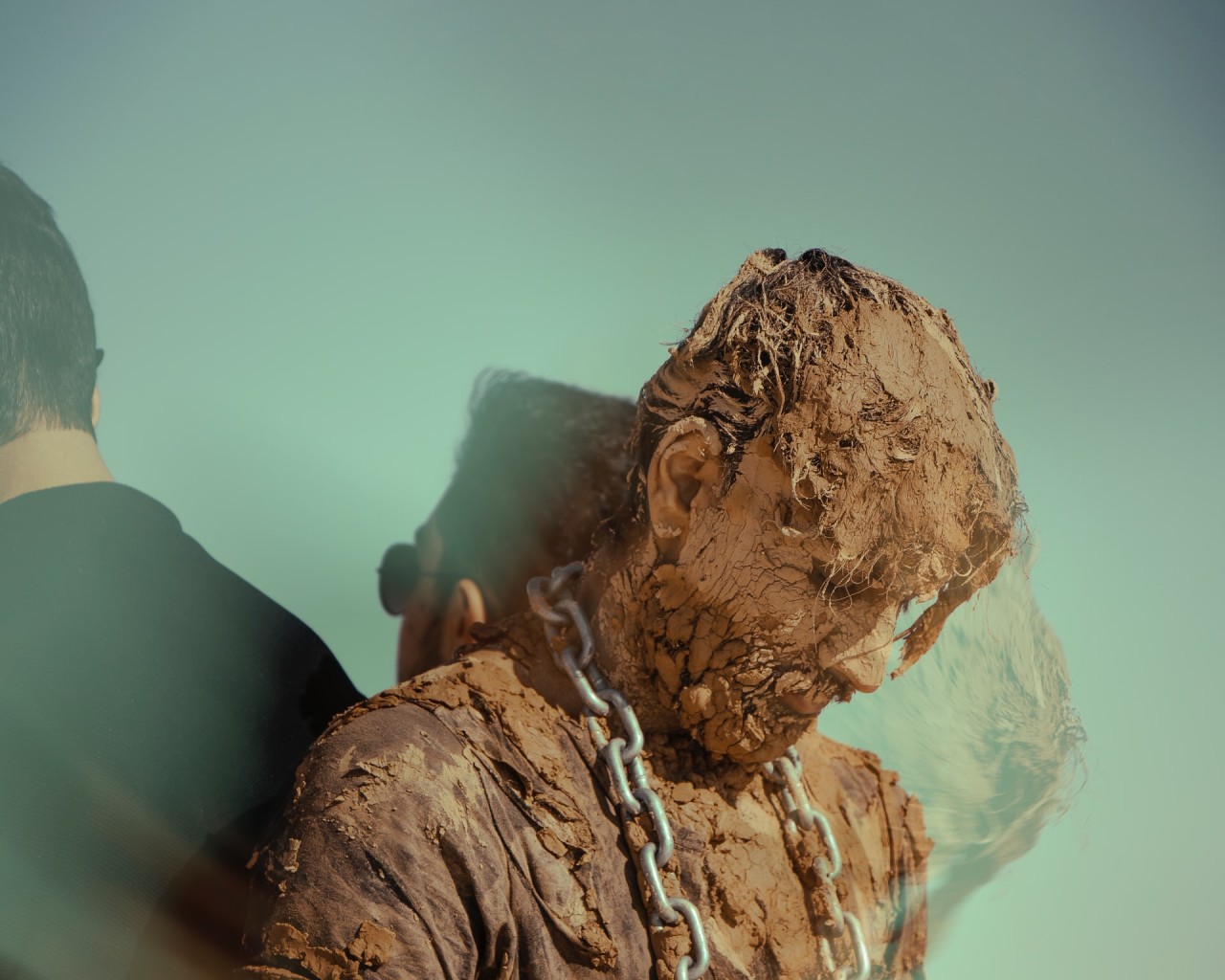 Photo by Mahdi Bafande on Unsplash

Body image is how you see yourself when you look in the mirror or when you picture yourself in your mind. It encompasses:

Many of us internalize messages starting at a young age that can lead to either positive or negative body image. Having a healthy body image is an important part of mental wellbeing and eating disorders prevention.

Positive body image is when you see the various parts of your body as they really are. Body positivity (or body satisfaction) involves feeling comfortable and confident in your body, accepting your natural body shape and size, and recognizing that physical appearance says very little about your character and value as a human being.

Negative body image, is when you experience a distorted perception of your shape. Negative body image (or body dissatisfaction) involves feelings of shame, anxiety, and self-consciousness. People who experience high levels of body dissatisfaction feel their bodies are flawed in comparison to others, and are more likely to suffer from feelings of depression, isolation, low self-esteem, and eating disorders.

Eating disorders are complex mental illnesses: Anyone can have one, regardless of their age, gender, ethnicity, or background. While there is no single cause of eating disorders, research indicates that body dissatisfaction is the best-known contributor to the development of anorexia nervosa and bulimia nervosa (Stice, 2002). 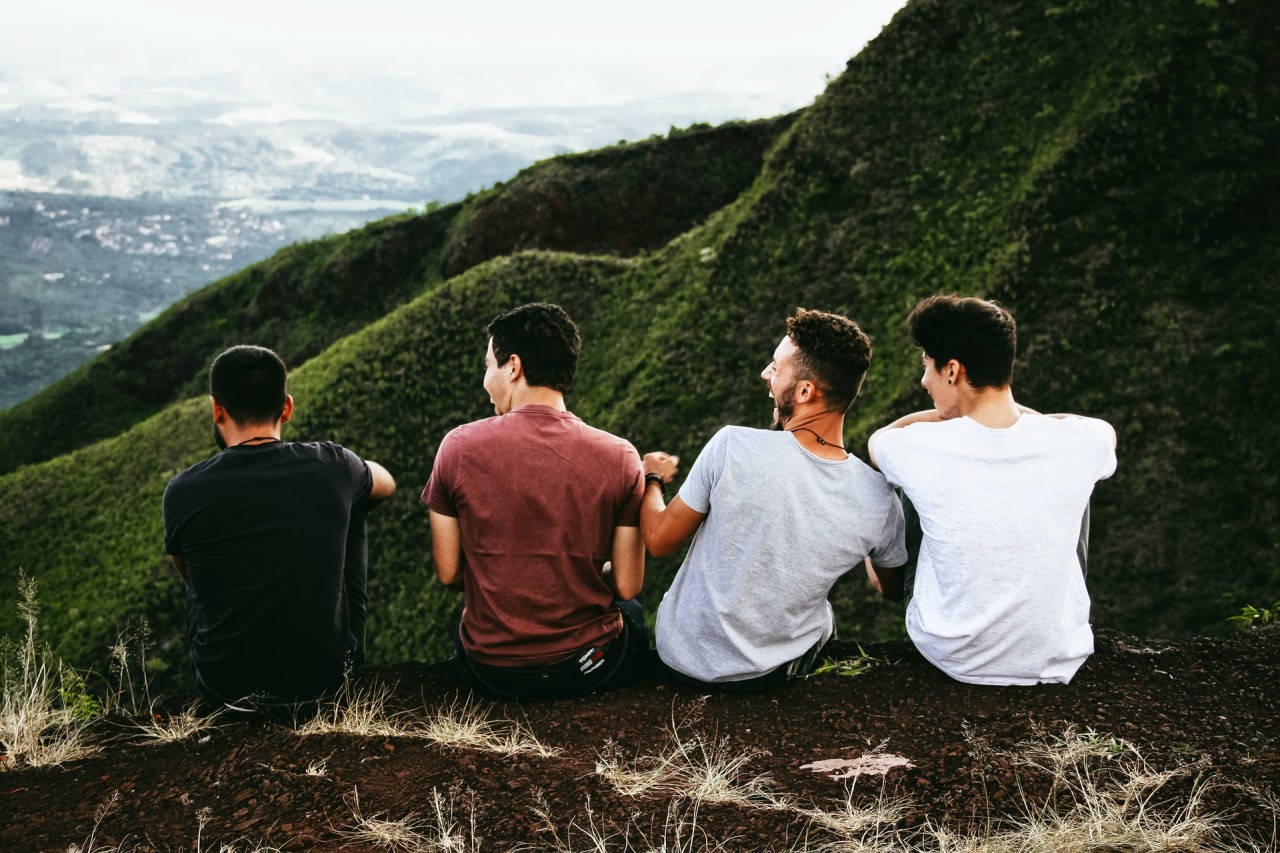 Photo by Matheus Ferrero on Unsplash

Men with eating disorders and body image problems can feel peculiarly shamed by their illness.

The easiest way to deal with confusion is to ignore it, to pretend that nothing is going on, and so anorexia nervosa, bulimia, binge eating or muscle dysmorphia may go unrecognised by the sufferer for many years. Just like women, men with eating disorders and body image problems present to their family doctor with some ambiguity of intention. They may be seeking to convince themselves that there is nothing wrong. They may be concealing from themselves, and from health-care professionals, the fuller extent of their behaviours, which may then contribute to misdiagnosis.

In the Invisible Man by John F. Morgan, he argues a bigger portion of misdiagnosis emanates from health-care professionals themselves, who may not always understand eating disorders in men. It is more common for men with anorexia nervosa to focus on `shape' rather than `weight'.

Doctors and nurses who have received limited eating disorder training may link anorexia nervosa with a fear of normal body weight. But men with body image problems are less likely to express concern with their weight than women. Rather than focus on body weight, men instead are more focused on muscle tone, it is easy then for healthcare professionals to decide men do not suffer from anorexia nervosa.

John says that most health-care professionals have a notion that women with anorexia nervosa may have problems with their menstrual periods, and this provides a nice, clear-cut diagnostic question. 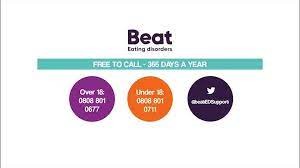 Beat, the UK eating disorders association, has always been ahead of its time.

A Beat report interviewed a number of men with eating disorders, to tap into their personal experiences. Excessive compulsive exercise was a common route into body image issues. In some instances, it took the sufferer more than a decade to access help from a specialist service.

Where there is a `specialist' eating disorder service, it is far more likely that the local medical students and student nurses who become the local family doctors and practice nurses will have had some awareness of body image problems.

According to John, the role of the family doctor seemed paramount. In Cumbria, there are no specialist inpatient beds for eating disorders. 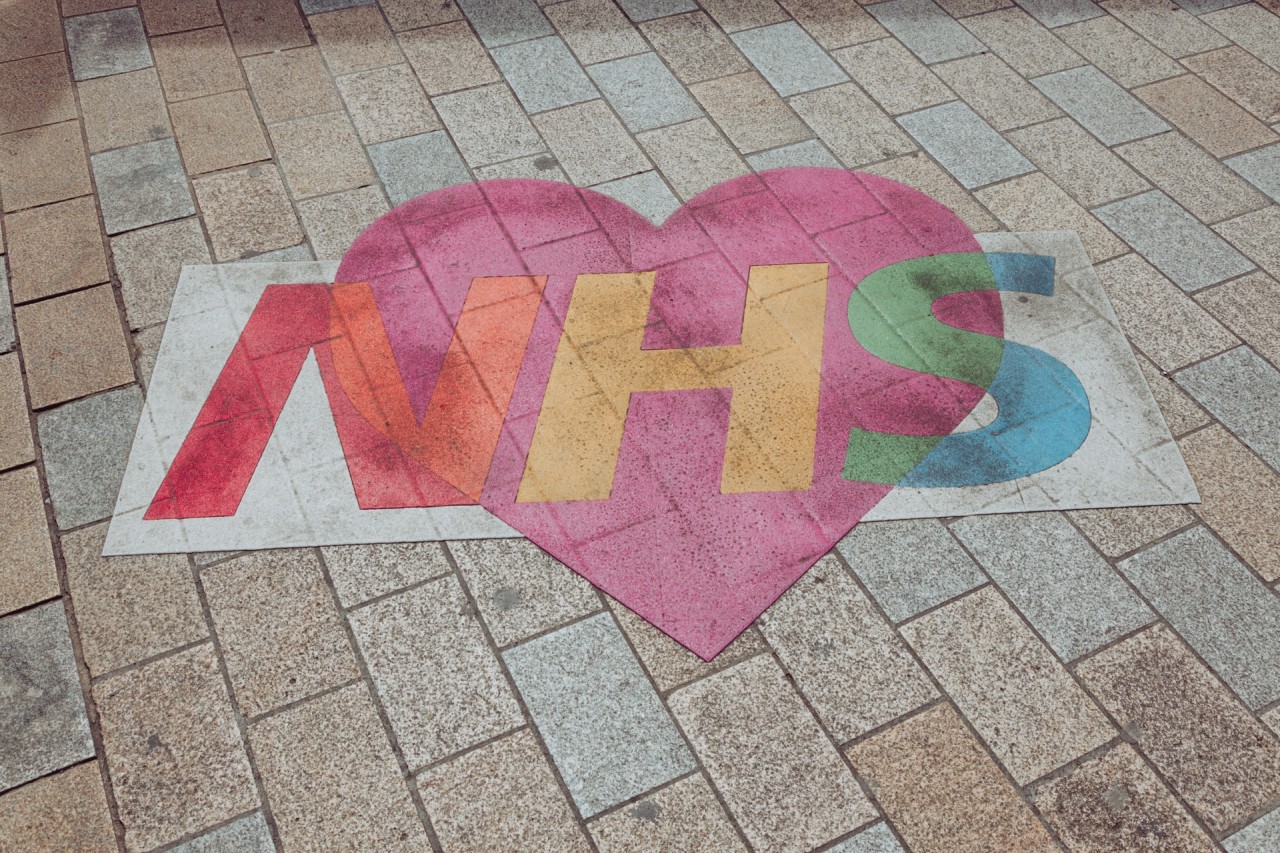 If you or people around you are worried about having an unhealthy relationship with food, you could have an eating disorder. Below is the NHS description of eating disorder symptoms:

You may also notice physical signs, including: